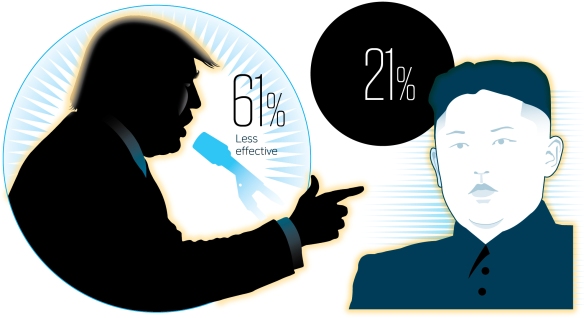 We don’t work on graphics about Politics very often, but in the past few years we have enjoyed doing a few assignments with the team at Politico Magazine. Politico is a political journalism company that covers politics and policy in the United States and internationally. Its coverage in Washington, D.C., includes the U.S. Congress, lobbying, media and the presidency.

The Magazine has great design and illustration, led by Creative Director Janet Michaud. On occasion of President Trump’s State of the Union speech and his perennially low approval rating, we are unearthing our most recent graphic for the Politico 50 Survey, published every September. The yearly survey is a questionnaire that aims to provide a glimpse into the opinions, predictions, fears and hopes of the most influential minds in American politics. 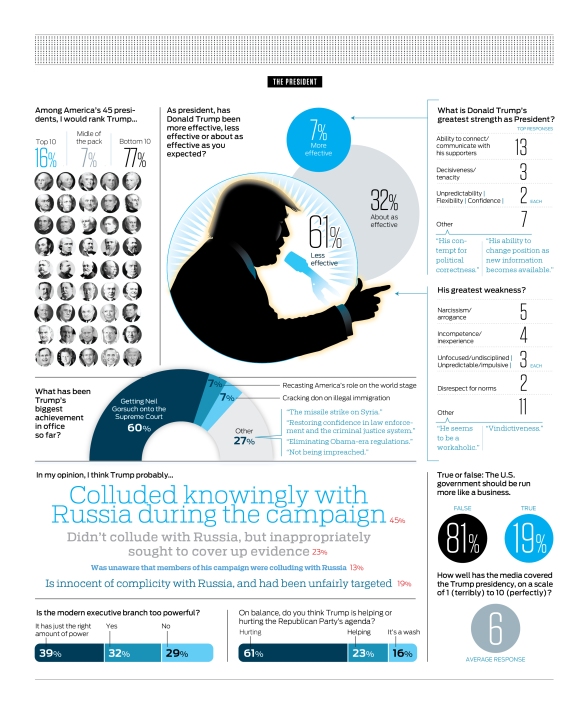 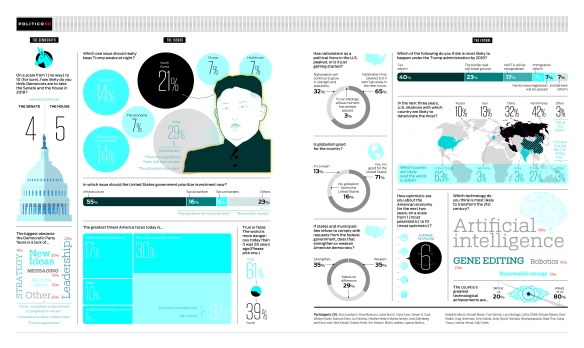 1 thought on “Graphics for the Politico 50 Survey”